Double-sided reflow requires two reflows. Because of the limitations of the process, some problems may occur. For example, when the board goes to the second reflow furnace, the parts on the first side will fall due to gravity, especially The board flows to the furnace where the reflow zone is hot. So, what should you think about when manufacturing double-sided reflow? Which SMD parts should be placed on the first side of the reflow oven?

First of all, the smaller parts are recommended to be placed on the first side of the reflow oven, because the deformation of the PCB will be smaller when the first side passes through the reflow oven, and the precision of the solder paste printing will be higher, so it is better placed Smaller parts. Second, the smaller parts do not risk falling when the second reflow oven is over. Because the first surface part will be placed directly on the bottom surface of the circuit board when facing the second side, when the board enters the high temperature of the reflow area, it will not fall off the board because of excessive weight. For more information on designing PCBs, please visit ANDWIN CIRCUITS CO.,LTD. Again, the parts on the first panel must pass through the reflow oven twice, so the temperature resistance must be able to withstand the temperature of two reflows. The general resistance and capacitance are usually required to be reflowed at least three times, in order to meet the requirements. Some boards may require a re-return to the furnace because of the maintenance relationship. 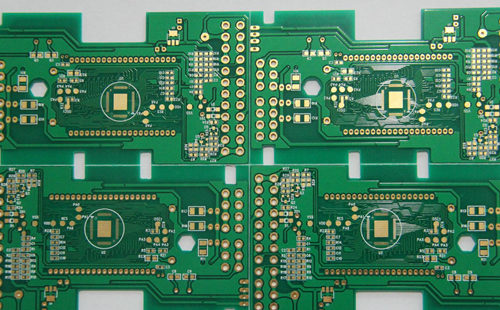 3, Some components may have soldering work inside. For example, a cable connector with LED lights must pay attention to whether the temperature resistance of such parts can pass through the reflowing furnace twice. If it is not possible, it must be placed on the second side. Pieces.

Only when the parts are placed on the second side of the patch to pass the reflow oven, it means that the circuit board has passed the high temperature baptism of the reflow oven. At this time, the circuit board has some warpage and deformation, that is, tin. The amount of paste printed and the position of printing will become more difficult to control, so it will easily cause problems such as empty welding or short circuit. Therefore, it is recommended to place 0201 and fine feet in the parts of the second side. For pitch parts, the BGA should also try to choose a solder ball with a larger diameter.