The Knowledge of printed Circuit board blind hole plate technology

With the electronic products to high-density, high-precision development, the corresponding circuit board made the same requirements.

The most effective way to increase the density of PCBs is to reduce the number of vias and to set blind holes and fill holes.

(1): Select reference point: Select the through hole (ie, a hole in the first drill band) as the unit reference hole.

(3): Note which drill belt which corresponds to which layers: unit sub-hole map and drill Tsui table must be marked, and before and after the name to be consistent; can not appear sub-hole diagram with abc said, and in front with 1st, 2nd Expressed the situation.

Ordinary multi-layer board: the inner layer is not drilling;

(2): target hole (hole gh) ccd: outer layer to be painted copper, x-ray machine: direct play, and pay attention to the long side of the minimum 11inch.

All the tooling holes are drilled, pay attention to rivets gh; need to beer out, to avoid bit deviation.

(Aoi gh also for the beer out), the production of pnl board need to drill word, to distinguish between each board.

Line thick line gap valley when the need to consider d / f when the copper thick, rather than the end of copper thick.

Blind hole ring to do 5mil, do not need to do 7mil.

Blind holes corresponding to the inner layer of the pad are reserved.

Blind hole can not do no ring hole. 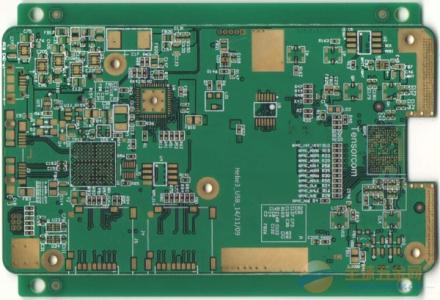 Blind plate, that is, one side is the outer layer:

Due to blind plate to do more than two times the board power, electricity, finished very easy thick plate thickness, so the figure pay attention to control the thickness of thick copper, etching, said thick copper thick plate range.

After pressing the board with x-ray machine to play multi-layer with target hole.

Negative film process: for thin plate (<12mil with copper> because it can not be produced in the map of electric pull, must be in the water Jin La production, and water Jin pull can not be sub-surface current, it can not be made by mi requirements do not play current or play Small current, such as walking process, often lead to single-sided copper thick thick, resulting in difficult etching, young line of the phenomenon, so this board to take negative film process.

LASER DRILL for a blind hole, has its own characteristics:

Such a board of the board process should pay attention to the first use of resin sealing line to avoid the line to cause greater damage.