Tell you how to make a good PCB board

Tell you how to make a good PCB board

Based on our past experience, I would like to talk about my views on the following aspects:

To receive a design task, first of all to clarify its design goals, is the ordinary PCB board high-frequency PCB board small signal processing PCB board or PCB with high frequency and small signal processing. If it is an ordinary PCB board, as long as it is done The layout and wiring are reasonable and tidy, and the mechanical dimensions are accurate. If there are medium load lines and long lines, it must be processed by certain means to reduce the load. The long line should be strengthened. The key point is to prevent long-line reflection when there is more than 40MHz signal on the board. Special considerations are required for these signal lines, such as crosstalk between lines. If the frequency is higher, there are stricter restrictions on the length of the wiring.

According to the network theory of distribution parameters, the interaction between the high-speed circuit and its connection is the decisive factor that can not be ignored in the system design. As the transmission speed of the gate increases, the opposition on the signal line will increase the crosstalk between adjacent signal lines. Increasingly, the power consumption and heat dissipation of a typical high-speed circuit are also large. When doing high-speed PCB, it should pay enough attention. When there are weak signals of millivolts or even microvolts on the board, these signal lines need special care. Small signals are too weak and are very susceptible to interference from other strong signals. It is necessary otherwise it will greatly reduce the signal-to-noise ratio so that the useful signal is overwhelmed by noise and cannot be effectively extracted. The commissioning of the board should also be considered in the design stage. The physical position of the test point is isolated. The isolation factor and other factors cannot be ignored because some small Signals and high-frequency signals cannot be directly added to the probe for measurement. In addition, other related factors such as the number of boards and the mechanical strength of the board of the package should be considered before the PCB board is made. The design goals are in mind.

We know that some special components have special requirements in place and route. For example, analog signal amplifiers used in LOTI and APH analog signal amplifiers require a smooth ripple. Small analog small signal parts should be kept away from power devices. Small signal amplification on OTI boards. Part of it is also specially equipped with a shield to shield stray electromagnetic interference from the GLINK chip used on the NTOI board. The ECL process consumes a lot of heat and heat. The heat dissipation problem must be specially considered in the layout if natural heat dissipation is used.

It is necessary to put the GLINK chip in a place where the air circulation is relatively smooth and the heat dissipated cannot affect the other chips. If the speaker or other high-powered device on the board may cause serious pollution to the power supply, it should also cause Adequate attention.

One of the first factors to consider is the electrical performance. The components with close wiring relationship should be put together as much as possible. Especially for some high-speed line layouts, it should be as short as possible. The power signals and small-signal devices should be separated to meet the circuit performance. It is also necessary to consider the placement of components in a neat and tidy manner to facilitate the position of the mechanical size socket of the test board. It is also necessary to seriously consider the grounding delay in the high-speed system and the transmission delay time on the interconnection line. It is also the factor to be considered first in the system design. The transmission time on the system has a great influence on the total system speed. Especially for the high-speed ECL circuit, although the speed of the integrated circuit block itself is very high, there is a delay of about 2 ns per 30 cm line length with a common interconnection line on the substrate. The increase in delay time can greatly reduce the system speed. Like the shift register synchronization counter.

This synchronous working component is preferably placed on the same board because the delays of the transmission of clock signals to different boards may not make the shift register owner error. If it cannot be placed on a board, synchronization is critical. The length of the clock line connected from the common clock source to each board must be equal. Four pairs of wiring considerations. With the design of OTNI and star fiber network, there will be more boards with high-speed signal lines above 100MHz. Here are some basic concepts of high-speed lines. 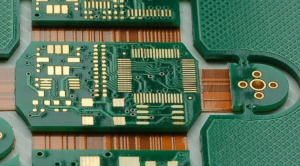 2, the connection distance 3 capacitive load (how much fanout)

Depending on the designer’s hobby and system requirements, the main advantage of the parallel terminal wiring is that the system speed is fast and the signal is transmitted on the complete distortion-free long-line load on the line, which does not affect the transmission delay time of the drive gate driving the long line, and does not Will affect its signal edge speed, but will increase the transmission delay time of the signal along the long line. When the drive is large fanout, the load can be distributed along the branch short line instead of the series terminal in the series termination. The series termination method allows the circuit to have the ability to drive several parallel load lines for series termination. Since the delay time caused by the capacitive load is about twice as large as that of the corresponding parallel terminal and the short line is caused by the capacitive load, the edge speed is slowed down and the drive gate delay time is increased, but the crosstalk of the series terminal is more than the parallel terminal connection. The main reason for the small signal is that the amplitude of the signal transmitted along the serial terminal is only one-half of the logic swing. Therefore, the switching current is only half of the switching current of the parallel-terminated switching. The signal energy is small and the crosstalk is small. When wiring technology is used to make PCBs, whether to use double-panel or multi-layer boards depends on the highest operating frequency and the complexity of the circuit system and the assembly density. When the clock frequency exceeds 200MHZ, it is best to use multi-layer boards if the operating frequency exceeds 350MHz. It is preferable to use a printed circuit board using Teflon as a dielectric layer. Because its high frequency attenuation is smaller, the parasitic capacitance is smaller, the transmission speed is faster, and the Z0 is larger, and the power consumption has the following principles on the trace of the printed circuit board. 1 All parallel signal lines should be as close as possible. Leave a large interval to reduce crosstalk. If there are two signal lines that are close together, it is better to take a ground line between the two lines to shield.