The HDI PCB is the short form of High-Density Interconnect Printed Circuit Boards.
It has been constructed by using HDI technology for a compact and reliable PCB design.

It characterizes the high-density attributes including laser micro vias, fine lines as well as the high performing materials.

The traditional PCBs are covered with copper throughout the inner and outer layers ,
Where as the HDI PCBs are incorporated with multi-layers of copper filled with stacked micro-vias.

It creates a structure enabling complex interconnections to provide necessary routing solutions.
The high tech applications are utilizing the advantages of the functional strategy of the HDI PCB to construct the large pin-count chips. 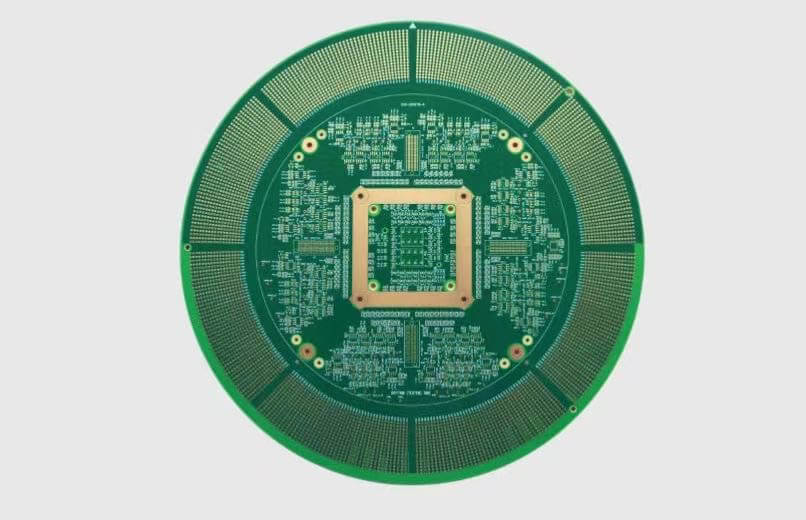 The higher circuitry density is the main reason behind its naming.

The HDI PCB is designed with typically smaller vias and capture pads, finer lines and specs, and high connectivity of pad density.

The combination of the fine track and gap features with the laser-drilled blind allows the interconnection with one PCB layer to the other using the smallest pad diameter.

The HDI boards include a blind and buried vias in size of 0.004 diameters for the micro-vias.
It creates greater flexibility in the architecture of the HDI PCB by the utilization of increased efficiency.

The HDI PCB consists of 1 or more than 1 “build-up” of high-density interconnection layers staggered or stacked micro vias on different layers.

All the layers of this PCB enable the conductors on any layer of the PCB to be interconnected freely with copper filled stacked micro-vias structures.
It creates a reliable interconnection solution for highly complex large-pin count devices such as CPU and GPU chips to improve the portable devices.

By utilizing the HDI technology, the designers are now able to place smaller components closely for faster transmission of signals. This helps in a significant reduction in loss of signals and crossing delays.

Using this HDI PCB will enhance the functioning improving:

Increases the space for the other components

Andwin maintains years of experience with HDI products and was a pioneer of second generation microvias. now offer an entire family of microvia technology solutions for your next generation products. 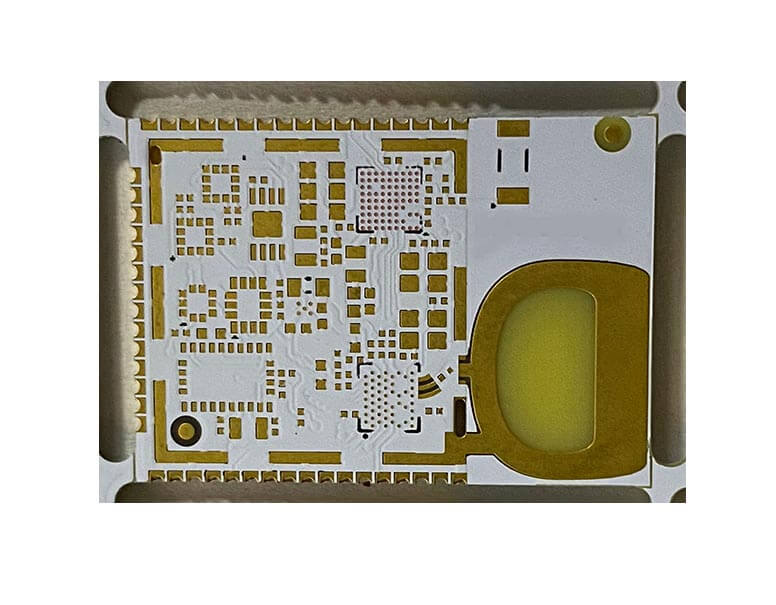 The HDI is an efficient and durable solution for creating high-functioning applications in a lighter and smaller format. Along with all the improved functionality in smaller consumer products, denser BGA, and QFP packages it lowers the heat transfer induced by stress. The following features reflect the working process of HDI PCB in the applications:

It enhances reliability in transmission whereas the PCB design gets into the point of mass production.

By the evolution of high-density PCB technology, the engineers are having enough freedom and flexibility in designing the applications according to consumer demands. They get space to place the components on both sides of the raw PCB. It consists of the following key benefits: 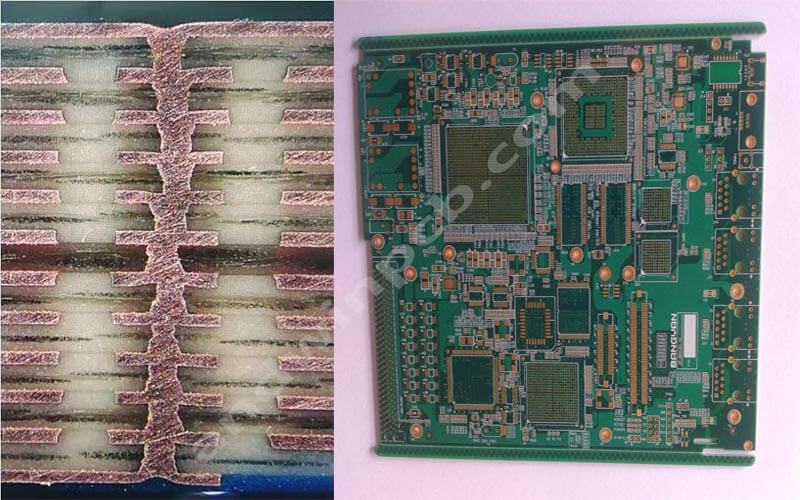 HDI PCB is a complete solution to be used in a wide range of industries. The efficiency is the key to these industries into certain types of applications and HDI PCB is perfect for that. The following applications can be beneficial to use HDI PCB into the system:

Medical:
The medical industries require high definition application devices and HDI PCB has a great impact on that. Medical devices work with the small package with high transmission rates. HDI PCB fits into all sorts of medical devices that are used for implants, labs, or imaging equipment making these devices more space-saving and cost-effective.

The HDI PCB can be used in small size cameras to observe the inner parts of the patients.
It makes sure the picture quality remains the same and accommodates the advancements.
Even some implants have to be small enough to fit inside of the human body with high signaling transmission rate and HDI PCB is just appropriate.
This also can be used in other medical equipment like emergency room monitors, CT scans, etc.

Military:
The military and defense applications require having highly efficient and durable PCB. When certain devices are paired with high-density interconnected PCB that can even make it smaller in size can be a plus. The HDI PCB can be incorporated in military applications especially into the communication devices and other strategic equipment such as missile and defense items.

Aerospace:
The applications used in aerospace work in an extremely rugged environment and need to ensure endurance for long term usage.
The HDI PCB can work properly under hazardous conditions which is ideal for aerospace applications.

Automotive:
The automobile manufacturing industries work with certain types of applications that have a high demand for smaller PCBs.
It can be a great help to save more space within the car.
With HDI PCB the cars can be programmed with some other exciting features like onboard GPS, Wi-Fi, backup sensors, rearview mirrors, and so on.
Up to 10 layers of HDI are available with high demand in the market that can even introduce with futuristic cars.
Such integration of electronic devices offers a better driving experience which is the key focus to the carmakers.

Electronic Devices:
HDI PCB has made it possible to create innovative gadgets from huge computers to laptops.
It is appropriate for multiple electronic devices like smartphones and tablets along with the wearable devices VR headsets or Bluetooth headphones.
The prime idea for these applications is miniaturization and the highest level of efficiency.
For smartphones, Every Layer Interconnection/ELIC type HDI PCB is required to make the devices thinner, smaller, and more portable.
Now it is also used in refrigerators, smart TVs, thermostats, etc.

The modern devices have the tendency to become thinner and smaller and PCBs are the major requirement.
The HDI PCBs come with benefits to amplify the functionality of circuit boards.
The development in the board technology makes it space-saving assisting the superiority of gadgets and other application devices.

The interconnected HDI PCB has been launched with the ability to provide the ultimate results to the faster signal transmission with enhanced signaling quality. It enhances the electrical performance of the device such as mobile phones, touch screen devices, laptop computers, digital cameras, 4G network communications as well as the prominently featured applications used in medical, aircraft, military, and so on.

Stack up of HDI PCB

Stack up of 1  Step HDI PCB

1 step HDI that need one lamination process,
the most like common PCB board,
after lamination ,laser drill out layer to sub out layer. 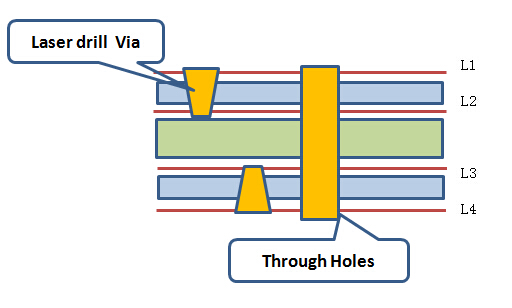 Stack up of 2 step HDI PCB

3 or 4 step HDI process is similarly 1 or 2 steps ,
only differenci is that need more times lamination.

This type HDI PCB , need to adjust lamination stack up as normal symmetrical by our Engineer ,
but do not affect the orignal eletronical connect.
it is complex , depend on the orignal design of PCB. 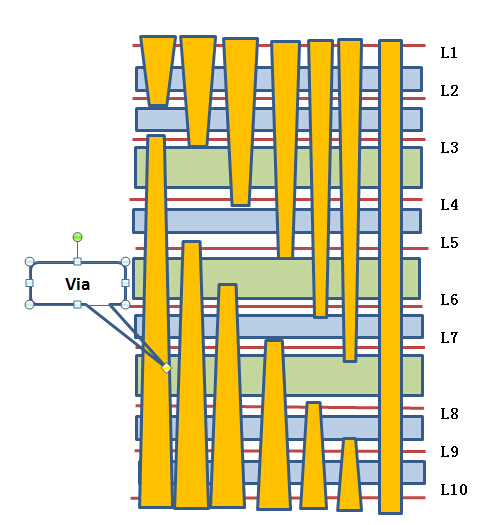 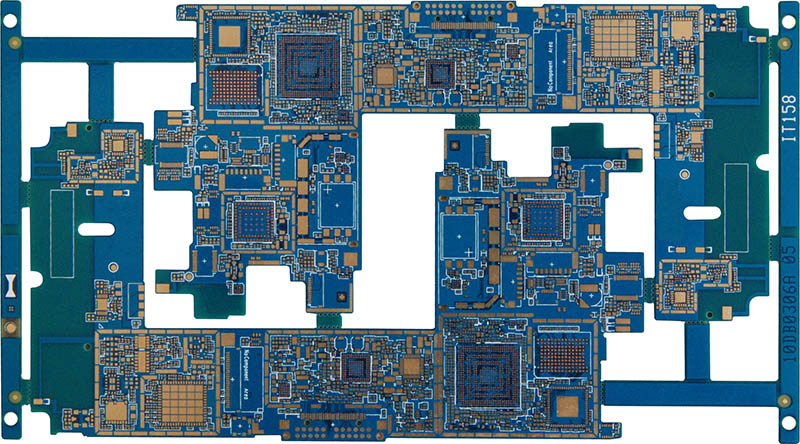