Introduce the special routing skills of the three PCBs. The PCB LAYOUT trace will be explained from three aspects: right angle trace, differential trace, and a serpentine line:

The effect of the right-angled trace on the signal is mainly reflected in three aspects: First, the corner can be equivalent to the capacitive load on the transmission line, slowing down the rise time; second, the impedance discontinuity will cause the signal to reflect; third, the right-angle tip is generated. EMI, to the RF design field above 10GHz, these small right angles may become the focus of high-speed problems.

What is a differential signal? In layman’s terms, the driver sends two equal-valued, inverted signals. The receiver compares the difference between the two voltages to determine whether the logic state is “0” or “1”. The pair of traces carrying the differential signals is called a differential trace. Compared with ordinary single-ended signal traces, the obvious advantages of **** are reflected in the following three aspects: 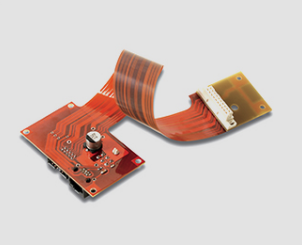 2.  can effectively suppress EMI, the same reason because the polarity of the two signals is opposite,
their external electromagnetic field can cancel each other, the closer the coupling, the less electromagnetic energy vented to the outside.

3. Timing positioning is accurate. Since the switching change of the differential signal is located at the intersection of the two signals, unlike the ordinary single-ended signal, which depends on the high and low threshold voltages, it is less affected by the process and temperature, and can reduce the timing error. It is also more suitable for circuits with low amplitude signals. The currently popular LVDS (low voltage differential signaling) refers to this small amplitude differential signaling technique.

Serpentine lines are a type of routing that is often used in Layout. Its main purpose is to adjust the delay and meet the system timing design requirements. The two key parameters of **** are the parallel coupling length (Lp) and the coupling distance (S).
It is obvious that when the signal is transmitted on the serpentine trace, coupling occurs between the parallel segments,
which is a differential mode. Form, the smaller S, the larger the Lp, the greater the degree of coupling. It may cause a reduction in transmission delay and greatly reduce the quality of the signal due to crosstalk. The mechanism can be referred to the analysis of common mode and differential mode crosstalk. Here are some suggestions for dealing with Python engineers when dealing with snake lines:

1. Try to increase the distance (S) of the parallel line segment, at least greater than 3H. H refers to the distance from the signal to the reference plane. In layman’s terms, it is to follow the big bend line. As long as S is large enough, the mutual coupling effect can be almost completely avoided.

2. Reduce the coupling length Lp. When twice the Lp delay approaches or exceeds the signal rise time, the resulting crosstalk will reach saturation.

3. The striped line of the Strip-Line or Embedded Micro-strip causes less signal transmission delay than the Micro-strip.
In theory, the stripline does not affect the transmission rate due to differential mode crosstalk.

4. high-speed and signal lines with stricter timing requirements, try not to take the serpentine line, especially in the small range.

5. can often use snake-shaped lines at any angle, can effectively reduce the coupling between each other.

6. In high speed, the serpentine line has no so-called filtering or anti-interference ability, and it can only reduce the signal quality, so it is only used for timing matching and has no other purpose.

7. Sometimes the winding can be considered in the way of spiral routing. The simulation shows that the effect is better than the normal serpentine routing.